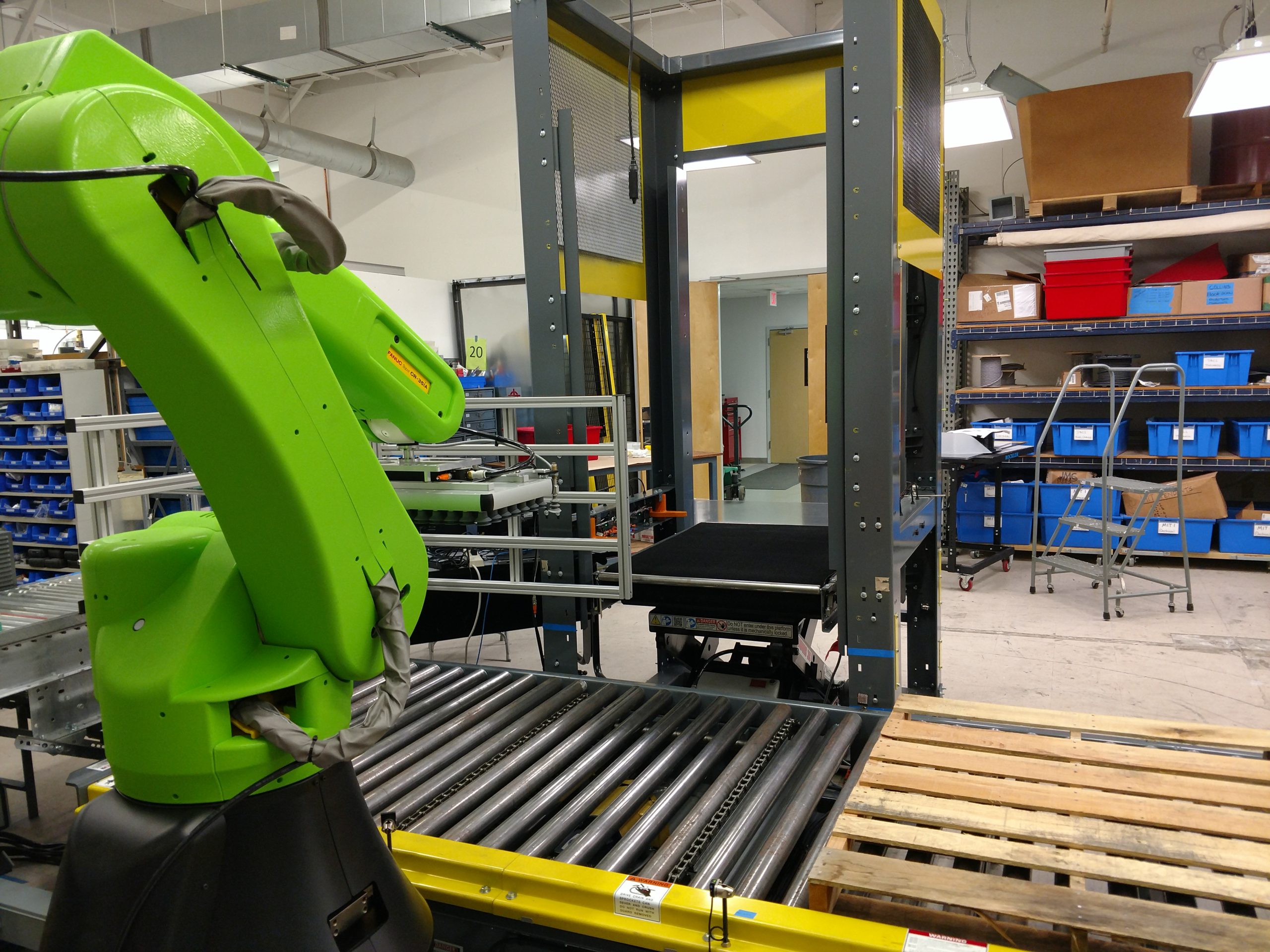 Big things are happening at Solara Automation, how big you ask? Well it utilizes one of the largest collaborative robots in the world capable of lifting loads up to 35 kg. This remarkable system incorporates multiple levels of collaborative robot technology to ensure operator safety. The future of automation is a world without automation safety fences, a world in which humans work side-by-side with robots. In this world, robots would execute all strenuous tasks, enabling humans to dedicate their precious time to lighter, more skilled or demanding tasks.

With FANUC collaborative robots and Solara Automation that world has already come into existence. By integrating them into existing production environments, robots directly collaborate with humans, becoming a crucial part of the team. Alongside humans, they take over tedious, repetitive tasks, lifting up to 35 kg, thus maintaining the human’s health while automating entire assembly lines. Cobots, or collaborative robots, are robots intended for direct human robot interaction within a shared space, or where humans and robots are in close proximity. Cobot applications contrast with traditional industrial robot applications in which robots are isolated from human contact. Building upon years of expertise with industrial robots, Solara Automation’s engineers adapted quickly to the collaborative platform to design and build integrated robot cells utilizing cobots.

In this application Solara Automation deployed the FANUC CR-35iA Collaborative Robot for large palletizing. Barriers to collaboration are a thing of the past, with Solara Automation and FANUC collaborative robots. How does a 35 kg, capacity robot work safely next to a human you ask? Well the concept is based on a safe contact stop, the FANUC CR immediately halts its current task and stops after contact is made with a person or a fixed object thanks to its proven sensor technology. Utilizing this same sensor technology FANUC Hand Guidance allows you to teach your collaborative robot by leading it through paths and/or use it to lift heavy objects manually. This robot system created by Solara Automation is capable of feeding pallets from a stack saving time and ensuring reliable pallet placement. It also incorporates an in-line shrink wrapping station, allowing the freshly palletized loads to be wrapped and secured before it moves to the next process, which enhances safety. So if you have an application and you are thinking of going collaborative don’t hesitate to contact Solara Automation in beautiful Morrisville, North Carolina today.